Sunday, Jesse Selwyn and I headed for Finely Creek to see what kind of ice we could get on. Temps had been great for ice formation and we were expecting good conditions. The road conditions however were less than desirable. As I approached the final stretch to the trail head, I could see people had already been skiing and hiking from this point. I put the rig in 4 low and started up. The snow was cold and weightless, causing slick conditions. I barely made the first hill and the struggle only continued. We eventually made the lower parking calling it good.
Jesse and I began the short approach and when the ice came into sight, we were thrilled. Everything was formed. We could climb anything we felt like. We hit all the mixed climbing and then ended with a nice classic. Everything went well. Although we did get a rope stuck once and had to re-climb the pitch to free it. (some old pics © peter anderson) 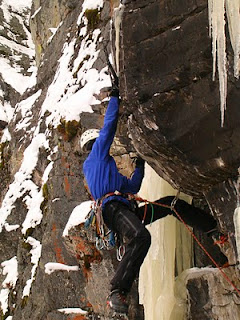 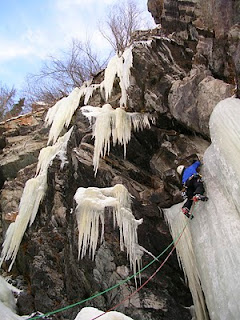